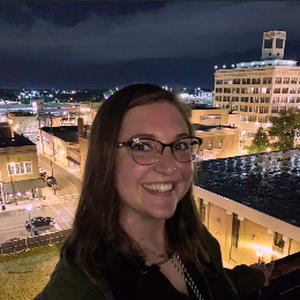 Writer and editor with a print and digital background in literature and marketing.

Mental illness in literature is often understood in the framework provided by history’s representations of illness. Shakespeare’s Ophelia gave way to the madwoman archetype which overtly romanticizes female madness. This eighteenth century archetype constructs female madness with levity and in association to traditionally feminine attributes, such as flowers, garlands, lovesickness, and sensibility. As literature progresses, depictions of female “madness” were often depictions of women performing outside of gender conforming behaviors, as readers understand in the works of Charlotte Brontë’s Jane Eyre (1847) or Kate Chopin’s The Awakening (1899), illustrating further misunderstanding of female illness in a specifically patriarchal culture. Portrayals of women and mental illness continue in asylum narratives, such as in The Women in White (1860) and Lady Audley’s Secret (1862). The works of Sylvia Plath and Kate Millet illustrate more personal accounts of women and mental illness in male-dominated society. Susanna Kaysen’s Girl, Interrupted (1993) exemplifies the shift from Shakespeare’s romanticizing of illness into complex descriptions of mental illness.

In 2002, Elena Ferrante published The Days of Abandonment, which traces the furious unravelling of a woman’s mental state. Many readers and critics, not excluding one of Ferrante’s publishers, regard the protagonist of the novel, Olga, as “morally reprehensible”, illustrating the projection of anger toward the woman instead of toward the results of mental illness of the woman. Understanding mental illness in terms of past representations limits the ability to recognize mental illness in contemporary literature; however, Ferrante’s The Days of Abandonment depicts a brilliant depiction of mental illness, illustrating the connection between women’s health in a patriarchal society, that deserves further attention in academia.

Ferrante and Olga are both aware of and battling history’s narrative of a woman scorned, allowing the novel to exist as a new narrative in telling a familiar story. The old narrative is represented in The Days of Abandonment through the poverella, a poor woman’s image and story which haunts Olga since her youth. Repeatedly, Olga reminds herself, “Don’t act like the poverella, don’t be consumed by tears. Don’t be like the women destroyed in a famous book of your adolescence” (Ferrante 20). Like Olga, Ferrante doesn’t write the familiar destruction of woman; rather, she characterizes Olga to portray women’s mental illness in response to a patriarchal society, writing illness in a way that omits the common trope of female tragedy and female submissiveness. This depiction allows readers to further understand mental illness and the specific ways such illness can be linked to gender.

The Days of Abandonment illustrates the harm of a society in which women live at the expense of man, placing men in the center instead of the self. Olga and her husband, Mario, spend fifteen years of marriage together in which Olga never works. Instead, she “quit [her job] and followed Mario through the world, wherever he was sent by his work as an engineer” (Ferrante 12). Furthermore, Mario continually discourages Olga from having a job of her own. Any efforts Olga makes to pursue working are met with resistance, in turn causing her to feel useless and mindless, as she states: “No function, therefore, no writing, few friends of my own, the ambitions of youth losing their grain like a worn-out fabric” (Ferrante 22). Mario strips Olga of her autonomy in not accepting her desire to have a job, essentially disallowing Olga to live the same life he pursues for himself. Olga’s life has been formed by others’ ideas of how woman should be, which eventually takes a damaging mental toll. The emotional labor of their marriage rests on Olga, as she manages all the domestic duties, “all the boring details of everyday life” (Ferrante 63). When Mario leaves Olga for another woman, Olga is left to take care of the house, the children, the dog, the bills, and herself.

The World Health Organization cites the importance of gender as a contributing risk factor to individual mental illness, stating, “depression [and] anxiety … are significantly related to interconnected and co-occurent risk factors such as gender based roles, stressors and negative life experiences and events” (who.int). Olga’s distress from gender based roles further worsens her mental state during her husband’s abandonment, as she yells to Mario in rejection of society-based ideas: “I’m supposed to speak like a good, well-brought up wife? … in order not to disturb the gentleman [or] his children, I’m supposed to use clean language, … be posed and refined, I’m supposed to be elegant!” (Ferrante 42). Further gender-based pressure resides in Olga’s impulsive need to have her body clean and eliminated of “all unpleasant traces of earth” (Ferrante 97). Her fear of male repulsion toward normal female bodily functions and attributes comes from her mother, as she had “trained [Olga] in the obsessive bodily attentions of women”, illustrating the history of gender based norms (Ferrante 97). Patriarchal society encourages women to hide themselves, teaching women what parts of the body are desired to be exposed. Olga acknowledges her loss of self at the expense of men as Ferrante writes, “What a mistake, above all, it had been to believe that I couldn’t live without him, when for a long time I had not been at all certain that I was alive with him” (Ferrante 86).

Olga’s behavior at many times is shocking, in turn receiving reactions from readers as Olga portraying a despicable character. After Mario leaves, Olga lives with depression and anxiety as she becomes increasingly irritable, commonly uses expletives, withdraws from friends and society, has insomnia, becomes suspicious, desperate, forgetful, treats her children poorly, and continually struggles with attempts to decipher between what is her reality and what is a state of dissociation. Day to day tasks which require minimal effort become difficult to complete, such as turning a key in a lock, cooking, or walking the dog. It’s important to consider the difference between a character’s active choices from a character’s inability to function. Olga tries to ground herself in reality and take care of the children, only her mental state prevents her from successfully achieving this end. While abandoning one’s kids is horrifying, an understanding of Olga’s mental state allows readers to understand a deeper horror in depression and anxiety.

Through Olga, Ferrante challenges previous representations of women and illness. Ferrante reminds readers that a “mad” woman doesn’t have to look like the frail and feminine Ophelia or follow the narratives of women portrayed in ways that romanticize, stigmatize, or stereotype what mental illness looks like. Olga is not “the woman who breaks into pieces under the blows of abandonment and absence, who goes mad, who dies” (Ferrante 76). Ferrante examines how constricting forces of patriarchal culture can take a serious mental toll on women. For Olga, mental illness is a constant loss of sense and persistent disorientation. Olga is left to take care of the children because society has deemed women as the caretakers, but it’s little wonder why she manages poorly when she can’t make out her reality: “Pay attention, in the excitement you might forget your arm, your voice, a thought. Or tear the floor, permanently separate the living room from the children’s room” (Ferrante 111). Criticisms against Olga detracts attention away from her depression and anxiety and instead serves as blame against Olga as a terrible person, wife, mother, or whatever chosen label. The harm in that projection is that the ability to use literature as a framework for destigmatizing mental illness is ignored.

Understanding Olga’s mental state makes the connections between health and patriarch possible. Patriarchal marriage tells Olga to set aside her aspirations, professions, autonomy, and to attend to the children and domestic duties. That alone prepares the individual to be more susceptible to poor mental health and serious emotional labor. When the marriage falls apart, Olga is left to put her life together and understand her identity during a time of heartbreak, confusion, and ultimately trauma. Olga is left understanding her consequences of having to “close off the meaning of my existence in the rites that Mario offered” (Ferrante 86). Mario excuses his infidelity as a momentary “absence of sense”, to which Olga later acknowledges as an experience Mario has never had. She says, “Now I know what an absence of sense is and what happens if you manage to get back to the surface from it” (Ferrante 185). Olga’s experience led her to an honest absence of sense in the form of depression and anxiety and the painful results of those illnesses, dismantling Mario’s claim of an equal experience as Olga’s is linked to her position as a woman in society.

Olga does not follow society’s preferred aesthetic of female mental illness as the submissive female martyr; our uncomfortable reaction toward Olga’s character serves as a testament to understanding her depression and anxiety. She challenges society’s pressures on women to conform and put all things before the self. Reducing Olga into the box of “bad mother”, “crazy ex wife”, or “horrible woman” erases the attempts to understand female mental illness in the response to her place in patriarchal society. Olga is guilty of many bad parenting actions: she forgets to feed her children, forgets to pick them up from school, and doesn’t notice when her son is desperately ill. She is often indifferent or rough with her children, even saying of her son, “the child was becoming indifferent to me, it was as if I saw him only out of the corner of my eye, a misty figure, a fraying cloud” (Ferrante 103).